Crawling back on the train to London I’m reflecting on the Cycle Show – a fun day inspecting and admiring brilliantly innovative and classic kit, experiencing and appreciating cutting edge technology and nutrition, and so much more.

Thinking about it… I’ve been cycling for more than 40 years, so I guess that does make me a cyclist. On the road, in the mud, on trails and tracks, over sand, on gravel, on grass, on boards… on road bikes, tandems, mountain bikes, hybrids, track bikes… criteriums, circuit racing, road racing, cyclocross racing, mountain bike racing, and plenty of leisurely rides and touring,… Some of those years were spent riding a mountain bike at the highest level of national cycling.

So it was fun today to see a few familiar faces and brands… old friends from my late teens and early twenties – people who’ve seen fashion come and go and played their own part in the story of UK cycling. A shout out to you Rory Hitchens & Dave Hemming! The folk at Hope… And I saw Pete Tomkins and Martyn Ashton out of the corner of my eye too.

Ed Clancy – What a gent!

So what’s changed in the industry? So many e-bikes. Fat bikes. Gravel bikes. Bike packing is here to stay! And decent children’s bikes in abundance. It was great to see men and women, young people, schoolchildren, families… there was a bit of something for everyone. I for one enjoyed the Trek full suspension e-bike I rode, ‘don’t press use the turbo button they said’… and naturally I picked up a few obligatory goodies along the way.

My stand out items: meeting Ed Clancy, meeting Joanna Rowsell Shand, inspecting the copper Condor, seeing my old friend and fellow racer from the golden era – Dave Hemming – on the X Bionic stand, and having a good natter, seeing Rory Hitchens (a fellow Overbury’s aficionado) on the UpgradeBikes stand, reminiscing about Ally Pally and discovering he and Tim Flooks (the RockShox guru) still ride up on the Quantocks; listening to Joanna Rowsell-Shand; riding that e-bike in turbo mode (yes I know they divide opinion but they open up cycling to so many more people, and I will certainly be riding one when I’m old and those hills are all so much steeper). 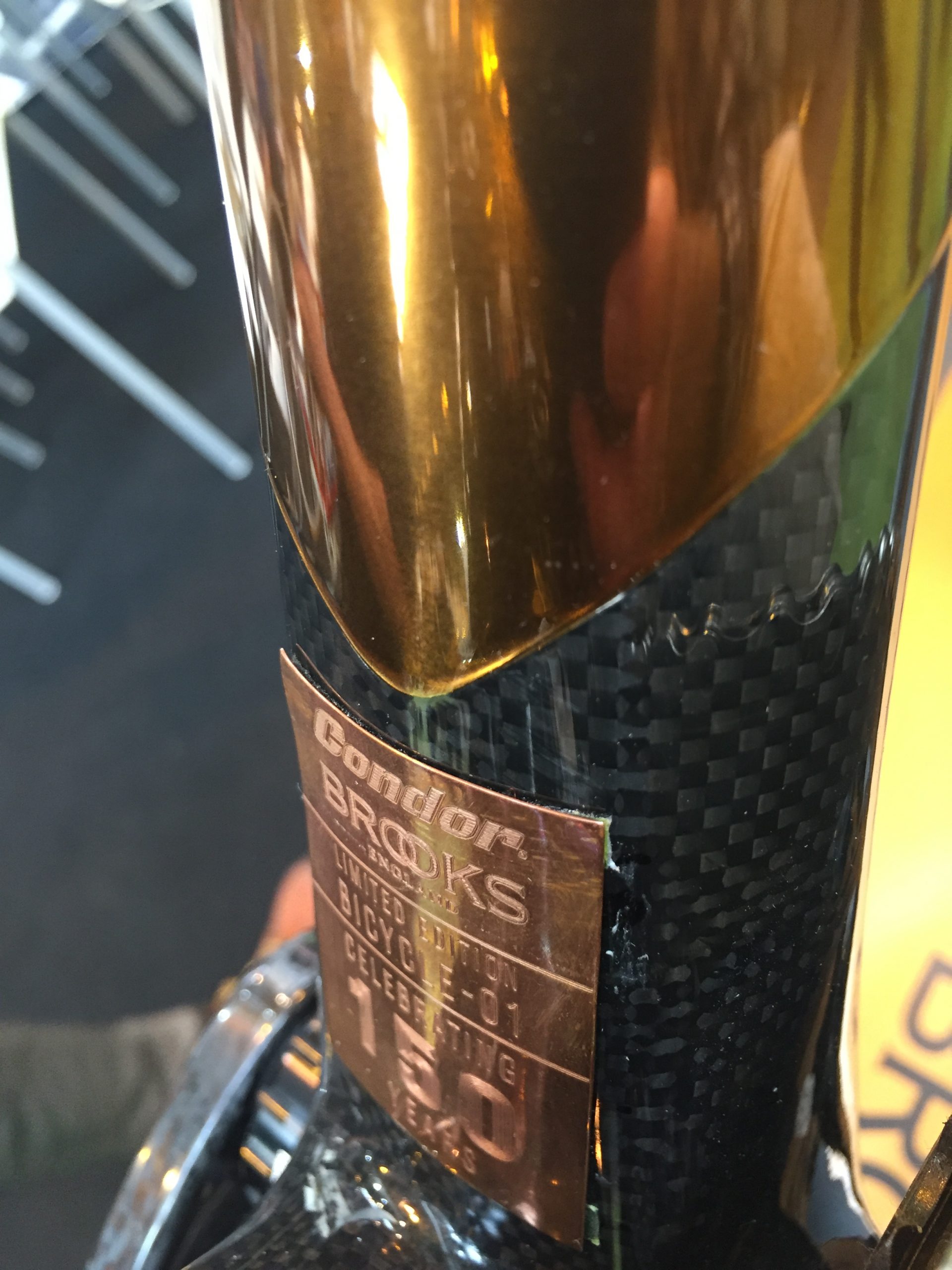 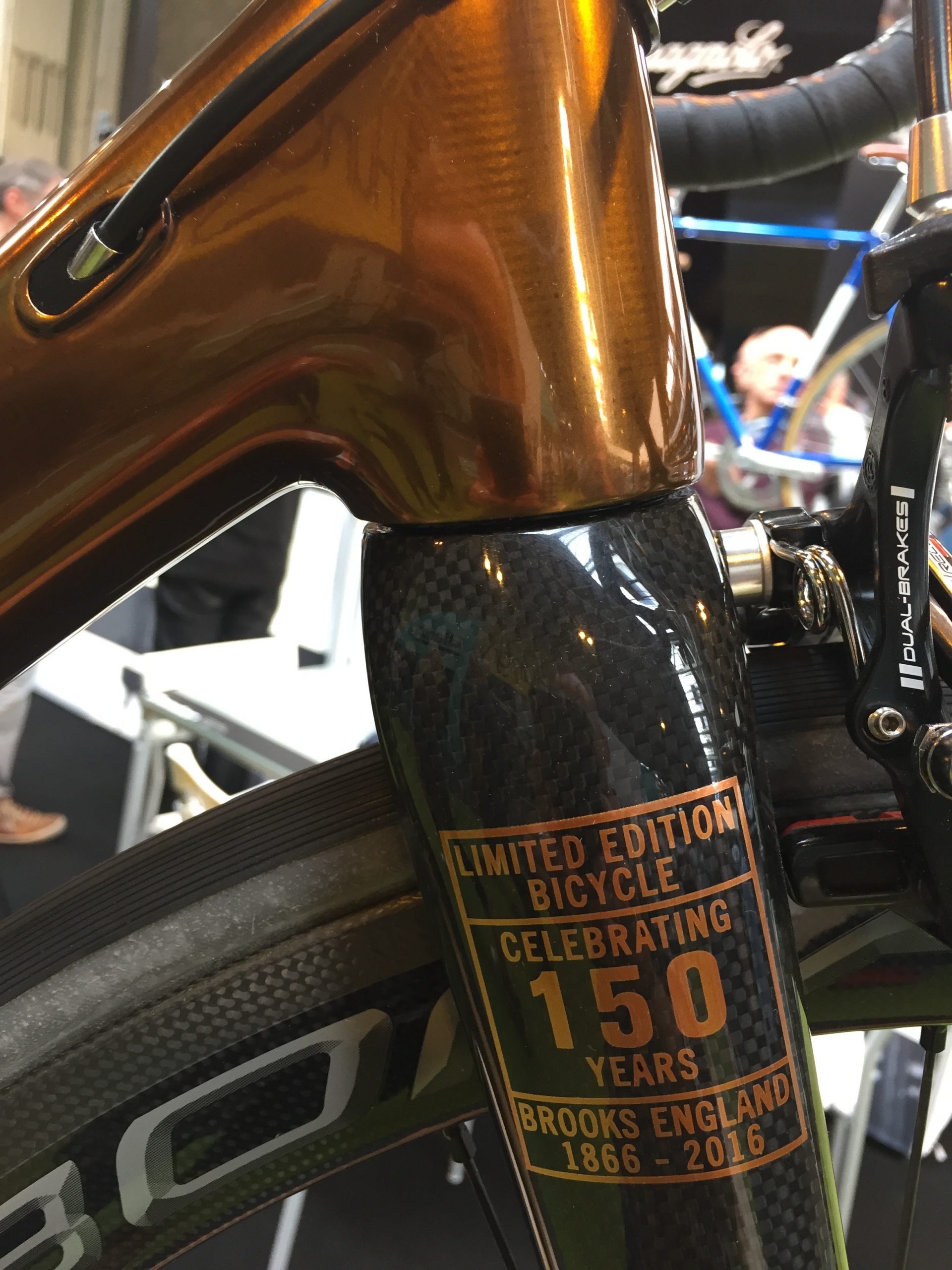 Special mentions for POC who helped me kit out two of my boys with smart new headgear, and to Isla Rowntree and Isla Bikes – our house loves Isla Bikes and our boys have all ridden them from the moment they hopped off their like-a-bikes and wanted to pedal. Isla was racing back when I was racing and her children’s bikes deserve your attention. I’m following the Imagine Project and hope it is a big success.

I’ll save the bamboo bike, the 26 x 4.8 fat tyres, the Yeti and the Laverack for another time.
Best of all – the day’s made me eager to get out on my bike so here’s hoping the sun hangs around this weekend.

Ride safely out there!